Susan’s feet hurt. Why had she decided to wear those new shoes to work? She could not think. Come to think of it, why had she bought them in the first place? She knew why – they had called out to her ‘buy us, we are not like those boring shoes you get in high street chain stores, we are unique, we are vintage, we are bottle green leather brogues, with a matching extra wide silk lace that ties into a pretty bow and have two inch heels, we will show people you have fashion flair.’ They had not said ‘we are old, stuck in our ways and will not adapt to your feet.’ They’d been right about being unusual and had attracted admiring comments, so maybe it was worth the discomfort? Maybe? But then there had been the phone calls. They had started the day after she’d purchased the shoes. An indiscernible male voice and always the same message.

“Green is such a difficult colour, cerise would suit you better.”

He’d called twice a day even going as far as leaving a voice message. In her annoyance she’d considered pressing redial and berating this ill informed commentator on her fashion sense.

“I like green it’s one of my favourite colours, pink doesn’t suit me, anyway what business is it of yours.”

It was too small a matter to complain to the police about. After three days Susan changed her mobile number.

All day a steady stream of people had come into the library.

“Good afternoon, Miss Pinhorne. Can you not find anything you like?” Susan asked.

“No, my dear, I appear to have read all the biographies you have on your shelves; perhaps I should investigate the travel section.”

“No need to do that quite yet, some new books have just come in.”

Susan picked up the phone.

“Beth, could you bring out the new biography that is on the top of the stack please.”

From a small door appeared a young woman balancing a pile of books in her arms. She plonked them down on the desk, exaggerating the effort. Susan turned to Miss Pinhorne.

“I am sure this is one you have not read Miss Pinhorne – Henry William Arnold – his life, family, work and legacy – on the back it goes on to say – ‘What Bazelgette did for sewers Arnold did for the pavement and the verge’.”

“I think I will enjoy that very much, thank you.”

What a tome to wile away an evening with, thought Susan.

Beth finished putting out the new books; she was supposed to be straightening the DVDs, but Susan knew she would be flicking through the magazines, while Malcolm was helping a pensioner with their internet access. At last the large municipal clock clunked its way to six. The last few stragglers were patiently cajoled out of the front door; there were always one or two reluctant to go. The library served many functions; people still came to keep warm or save on their heating bills.

The staff entrance was at the back of the building coming out on to the none too salubrious area where the recycling bins were housed.

“Good night Susan” Malcolm called as he headed off down Best Lane toward the station to catch his train home.

One security light provided inadequate illumination; dark shadows created disturbing shapes. Susan’s tricycle looked like some ancient farm machinery secured to the railing. Once she had the two back lights on, flashing red, and the helmet light on, she looked more like she was about to mount a ‘Heath Robinson’ contraption. She thought she heard some movement behind one of the bins, then what sounded like someone clearing his throat. Should she call out? It might be someone lurking there, waiting to pounce on her. Oh, don’t be ridiculous! Who was going to pounce on a woman dressed in a cycling helmet and florescent yellow jacket who only had to twang her bell to summon help? Well, who exactly would she summon? By the time she had sorted herself out ready to set off, everyone else had left for the night. There it was again, a rustling, shuffling sound, or was it a noise? When was a sound a noise or when was a noise a sound or wasn’t there a difference? Susan mounted her tricycle; this time there was no mistake – she heard the plastic of one of the bins scrape along the library brick wall, footsteps running and then a motor bike being kick started. The Lane was dark and narrow. This was not a residential part of the Canterbury: there were a couple of sandwich bars but they only traded at lunch time and the solicitor’s office staff left at five. She pedalled hard and fast, trying to ignore the cobbles as they bumped and jolted her, making steering difficult. As she turned left to cross The Causeway she heard the deep throb of an engine behind her. Renewing her efforts she put on a further burst of speed, pushing down into the pedals, moving the gears up to their maximum. There were no cobbles but a gentle decline which she would normally free wheel, but not this evening. Panting and sweaty Susan approached the level crossing. The warning lights were just starting to flash red, the warning bell was ringing and the barrier was beginning to lower. In that split second she bent forward and pedalled for all her worth. The ruts of the tracks at the best of times were hard work but her efforts were rewarded – she just made it across as the barrier came down, almost catching her back wheels. Stopping for breath, she looked back and saw a solitary headlight and could hear the rev of an engine, and then the train came chuntering through on its way to the coast. Not waiting to see if another train came, Susan pushed on. The Green was within sight.

A scattering of lights were on in friends’ and neighbours’ houses; she began to feel reassured: she knew the people here, she could call out, someone would come and see what was up. Well, she hoped they would. Ah, there was the ‘Bat and Ball’ pub on the corner, its distinctive sign creaking and swaying just like in an old black and white movie. The early regulars would be in there, she could call in for a drink. No, she would press on to the security of her own home; she could see Charles Dickens sitting on the wall waiting to greet her with his usual meow. Not stopping to stroke him, she pushed past, turning off her tricycle lights as she went down the alley by the side of her cottage. Charles Dickens followed her, adroitly meandering his way past wheels and legs; he meowed his complaint.

Susan put her finger to her lips, while at the same time bending down to stroke and placate her cat. She thought she heard again the sound of a motor bike. It stopped; squeezing herself past her conveyance while trying to avoid stepping on Charles Dickens, she peered out from the end of the alley onto The Green. From the amber glow of one street light she could only make out a dark silhouette. The bike started to circle slowly around The Green, once, twice. With a final rev of engines it sped off down the hill. Oh, this was ridiculous; her fertile imagination was working overtime. All the same, she let herself in via the back door and pulled the sitting room curtains tightly shut before turning on any lights.

The little sitting room was a cocoon of blue and yellow floral chintz, scatter cushions and cat ornaments making her feel safe. Susan jumped at the sound of the doorbell. With a nervousness she could not quite explain she put the chain on the front door before calling out.

No one answered. She called again. Gingerly, she opened the door a fraction and peered out. Charles Dickens rushed through the small gap and leapt over something sitting on the door step.

“Come back here.” She yelled in exasperation. Then she spotted them, a pair of dark brown leather brogues, with two inch heels and extra wide silk laces sitting on the door step. Next to them a single pink carnation and a neatly typed note which read – ‘I’ve always liked pink on you’. The laces were cerise pink.

You are listening to
Colours That Suit
by Joanna Sterling

Story read by Menna Bonsels for The Casket of Fictional Delights.

Joanna writes short stories and flash fiction, has had her work published in a number of magazines and anthologies. She lives in London with her ever growing collection of Brooches.

One response to “Colours That Suit” 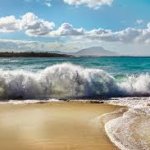 We open 2020 with a wonderfully evocative Short Story by one of our regular contributors Annie Dawid  – ‘June’s 21st Birthday, and the Mothers’ is a bittersweet tale with an optimistic ending. The story will also be available as a Podcast read by Cherise Silvestri. Our Podcasts can be found on various platforms worldwide.

The Brooch of the Month for January is by Olive Commons.

Don't to forget to let us know what you think of all our stories and our brooches  @casketfiction.

Check out other short stories on The Casket of Fictional Delights 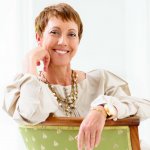 Rue Pigalle designs women-only trips around the world, for intimate groups of art, jewellery and culture lovers.  Isabelle describes herself as having three passions; jewellery, art and craftsmanship. She takes her clients on journeys of discovery around the world, destinations include Paris, Barcelona and New York.  There are trips to London planned in 2020 and as a prelude Isabelle asked me to write two pieces on this year’s Goldsmiths’ Fair. Followers of my Brooch of the Month blog will know I regularly visit and shop at the Goldsmiths’ Fair, so I was delighted to take up the challenge and report back all the highlights for readers of Rue Pigalle.

Prefer to listen? - from the beginning The Casket of Fictional Delights has specialised in producing high quality podcasts of short stories and flash fiction compilations. The podcasts are recorded by actors and voiceover artists and produced by a professional studio manager ensuring we maintain a consistent high standard. I’ve chosen three to highlight the variety and quality of work we have to offer - visit our Podcast page for more. I hope you enjoy listening to them.